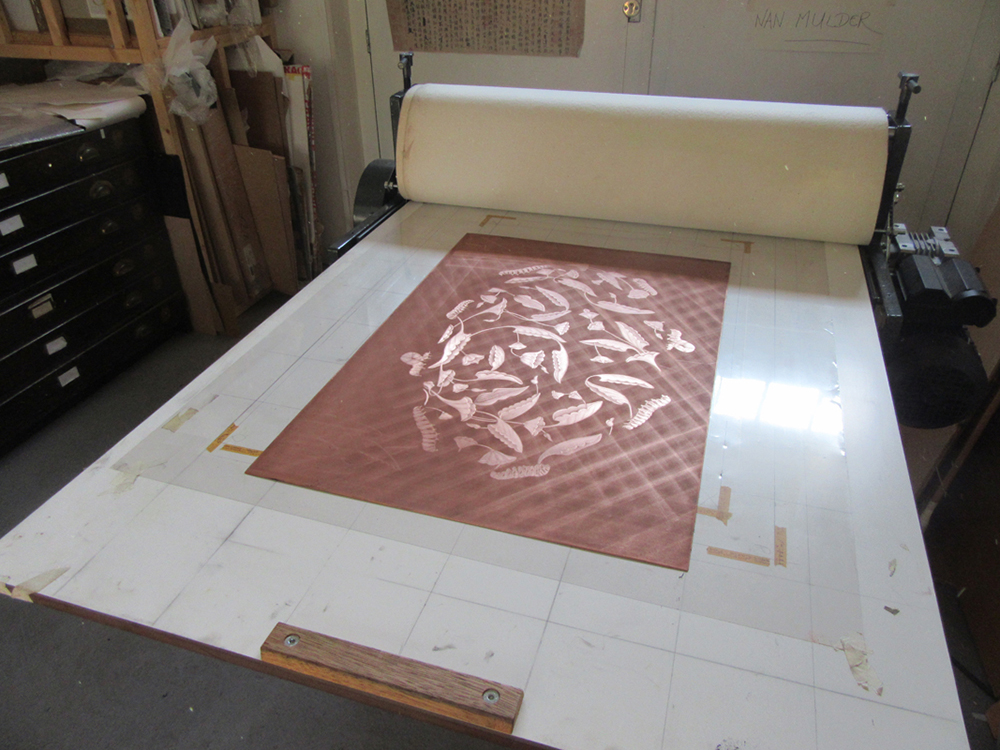 Before the artist can start work on the image the plate has to be prepared by making its surface rough with a toothed chisel-like tool, called a ‘rocker’.

The rocker, with its rounded edges and sharp teeth, is slowly moved over the copperplate, from side to side the way a cradle is rocked. Thus the artist can cover the whole plate with a field of closely-knit dots and burrs. This is an extremely time-consuming job, as the artist has to cover the plate in many different directions till the original copper is no longer visible. Depending on the width of the teeth of the rocker, this is done between 30 to 40 times. When printed like an etching, the burr will hold the ink and produces a velvety black. By scraping and burnishing the burr, the artist can render a rich variety of tones: from the intense black of the untouched burr to a glowing near white in which traces of all those original dots are still faintly visible. The artist draws the image directly on the prepared plate and then carefully starts scraping the lighter areas. Work has to be done from black to white, and the image slowly appears like a photograph in the developer. As in all printmaking techniques, the image has to be made in reverse. Corrections are difficult and a mezzotint artist normally tries to avoid this. As it is hard to judge the exact nature of the tonal gradations, the artist has to print a number of proofs to assess the work in progress. This is done in the same way, as one would print an etching: the plate is inked and cleaned, covered with damp etching paper and then printed on an etching press. After each proof the scraping and burnishing can continue until the artist is satisfied with the result. Sometimes the mezzotint is combined with another printmaking technique or gold leaf is added. 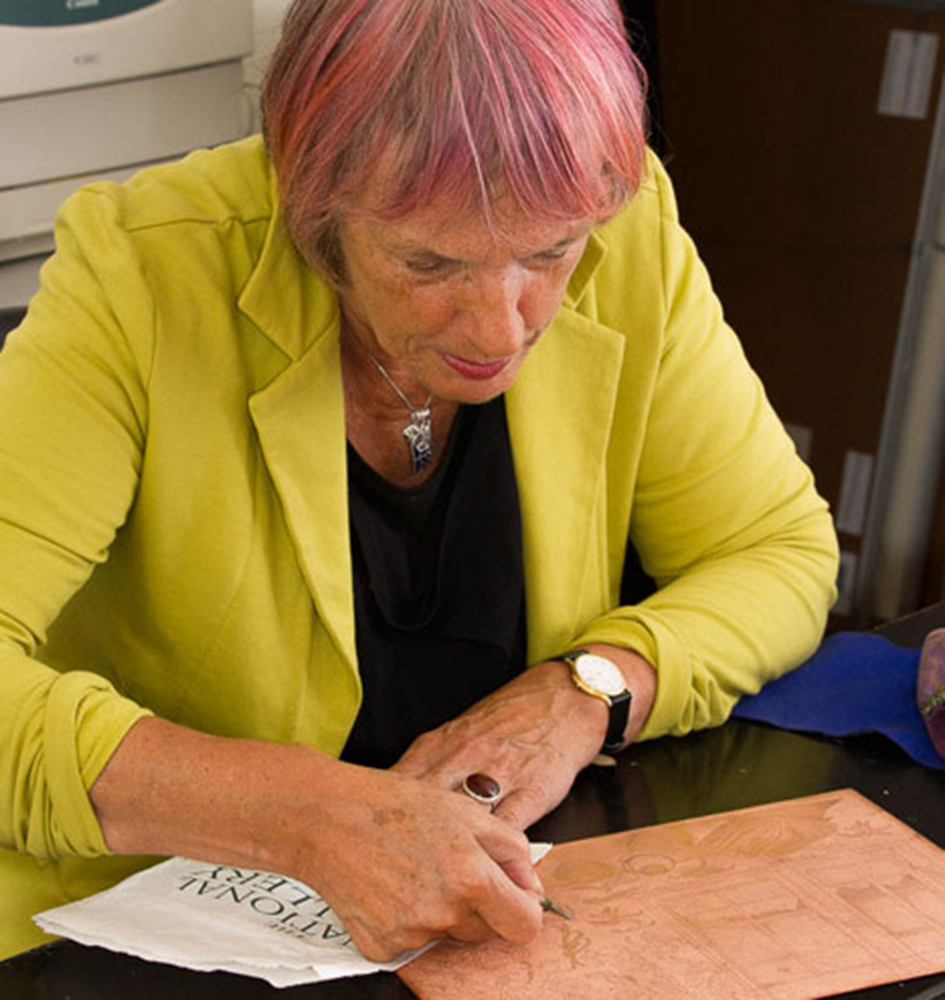 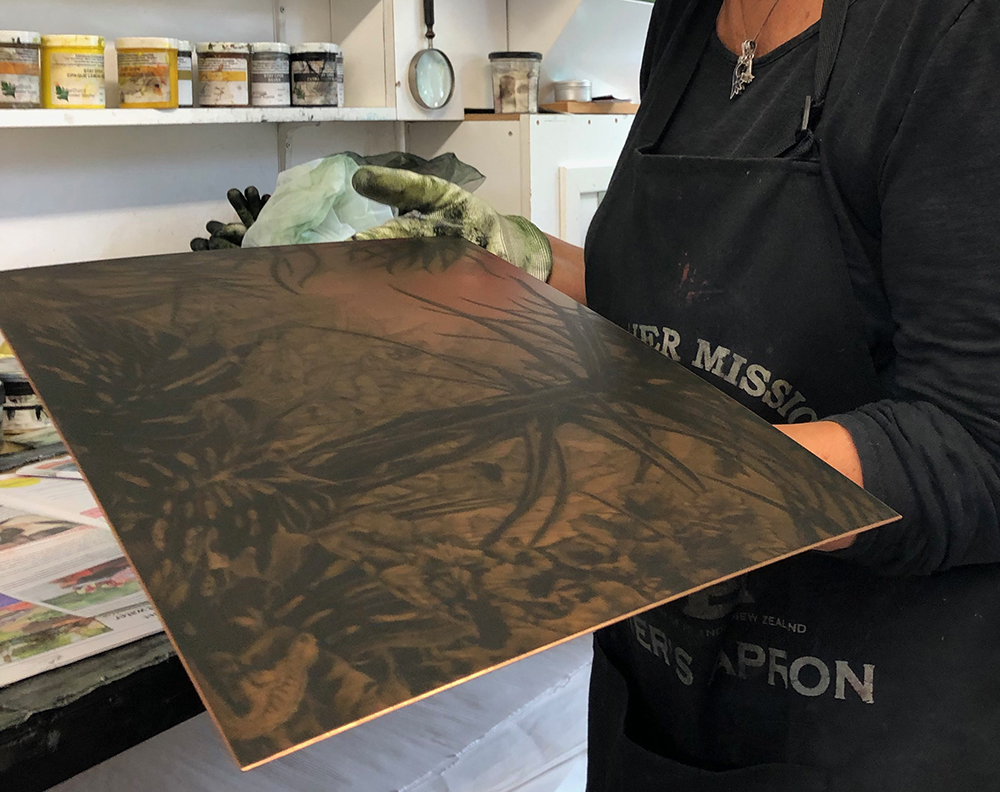